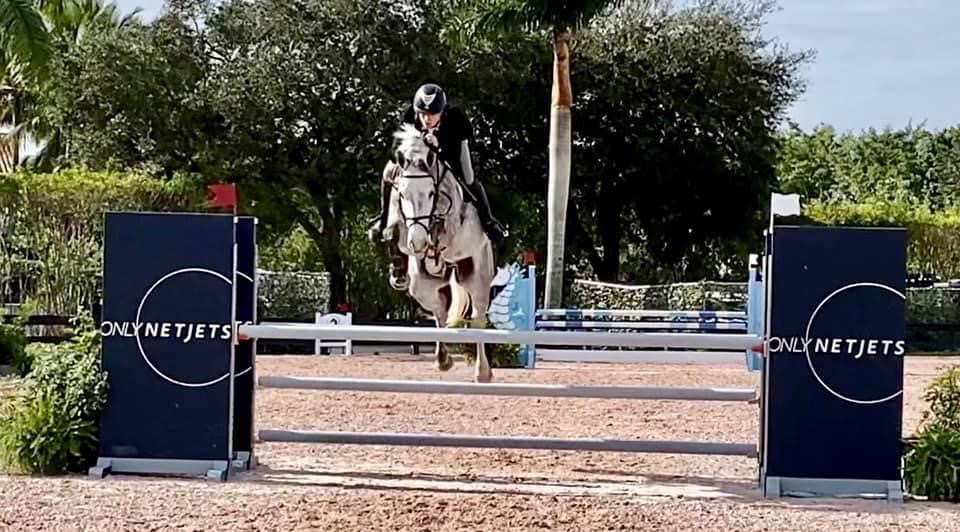 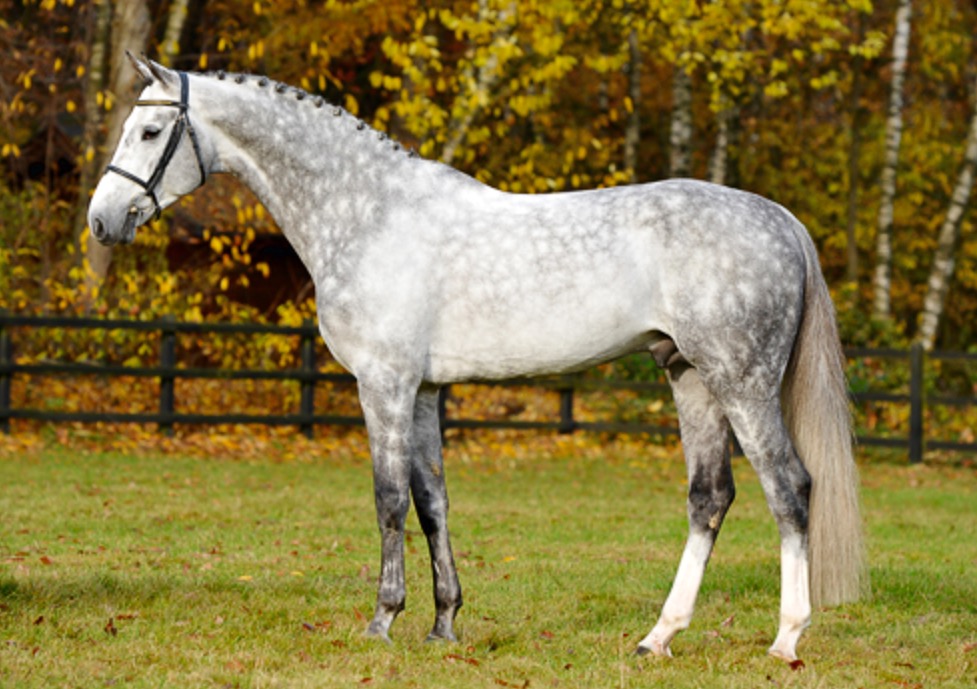 Gelding, grey. Super careful with fast reflexes and lots of scope. Agile as can be !!!!! Already a 1.30m jumper at 6yo. Gorgeous looks, very brave and willing. X-factor horse. This one is for the big classes – 6 figure horse.

Sire Christian 25 previously ridden by Soren von Ronne jumping up to 1m55 in 3* competitions across Europe and most recently by Jamie Gornall to 1.60m International GP. Christian 25 was a modern show jumping stallion who passes on his long legs and scope in canter.

Christian’s foals are known to inspire with charisma, modernity and powerful, elastic movements. As a young stallion he got 4×10’s in his licensing and in 2012 qualified with top scores for the final of the Bundeschampionate for six-year old show jumpers, after placing eighth in the class for five-year old show jumpers under Gilbert Böckmann in 2011.

His sire, Cartani, is the result of breeding the two-time Olympic stallion Carthago Z to WC team gold winner, Taggi. Cartani himself a Holsteiner Premium Stallion, qualified twice with top scores for the Bundeschampionat and competed several times as a member of the Danish team under the saddle of Charlotte von Rönne.

He competed in the 2013 European Championship in Herning/DEN, and placed in the Grand Prix’s of Spangenberg and Neustadt/Dosse. Cartani presented several licensed sons in Oldenburg, Holstein and Belgium.

Cartani’s dam, Free Lilly (sport name: Who knows Lilly), participated in the 2004′ Olympic Games in Athens/GRE. When bred to Lordanos she produced the licensed stallion Lukanec who is also stationed at Böckmanns.