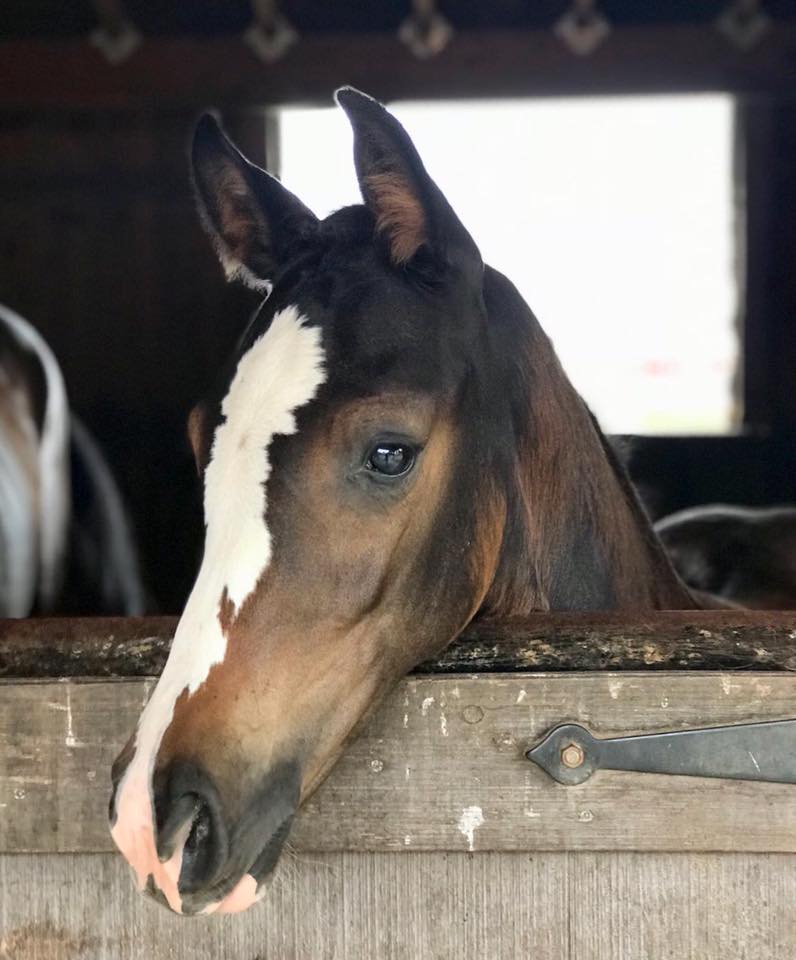 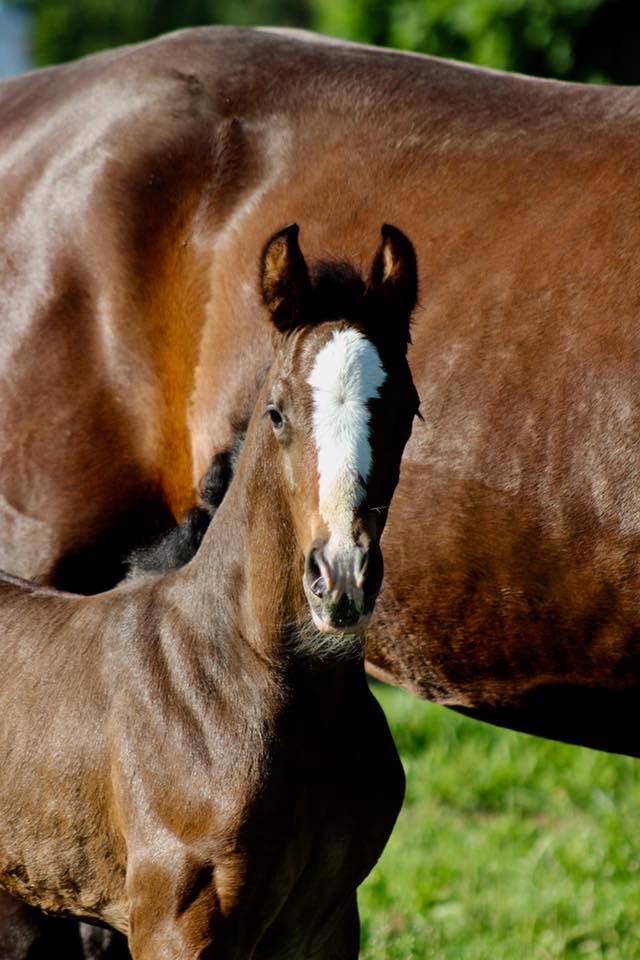 After thoughtful consideration we have decided to part with one of our best if not the best foal of 2018.

This is a rare find in North America. Casall has only been available via frozen semen in this country since 2016.

The sire Casall requires little introduction. He is by far one of the most successful jumper stallions in the world in the sport as well as highly successful as a sire.

Casall’s dam Kira traces back to stamm 890, one of the most successful Holsteiner performance mare families. At the 2005 stallion licensing in Neumünster, her son Clarence by Carano attracted a lot of attention and won reserve champion. Casall’s 2nd dam, Maltia by Raimond, produced Taura (by Lord), and Taura in her turn produced the licensed stallions Ringo Starr and Cesano I and Cesano II. The successful FEI sport horses, Crocodile Dandy and Conally, are out of Taura, as well.

Ridden by Rolf-Göran Bengtsson, Casall was one of the absolute top horses on the international jumping circuit. He reached the top 25 at the 2012 London Olympics, the 2013 Europeans in Herning, and the 2014 World Equestrian Games in Caen, Herning saw him win team bronze with the Swedish team and place 4th individually. At Caen he took 4th place again following a more than convincing performance throughout the championship week.

Over the past years, he has performed exceptionally consistent, particularly in the Global Champions Tour. Winning 11 legs of the GTC since 2011, he placed 2nd in the 2014 overall standing (level on points with the winner, Scott Brash) and 3rd in 2015. In 2016, at 17, Casall performed convincingly all along the line, placed first in the Valkenswaard, Paris, and Doha legs and won the Global Champions Tour.

His son Chesall Zimequest topped the WBFSH jumper ranking in 2016. Various international top level competitions during the past years have seen Casall compete against his own offspring – impressive evidence for his ability to pass on his quality.

His highly successful international offspring include Casello under Ludger Beerbaum, Casallo Z under Piergiorgio Bucci (ITA), C.T. under Hugo Simon, Cristallo A LM under Julien Epaillard (FRA), Alicante with Jérôme Guery (BEL) and Caracas under Jos Verlooy (BEL), to name just a few. His daughters Vontessa, Akimba, and Cascada I won the Elmshorn elite mare show in 2008, 2011, and 2013, respectively. His son Casaltino became champion stallion of the 2013 Neumünster stallion grading. Moreover, two Casall sons won reserve champion stallion, Catch it in 2009 and Cascadello I, which sold at a record-breaking 600.000 euros, in 2011.

The Dam, career broodmare Sweet Lady II comes from the great Holsteiner stamm 741 a stamm full of super competition horses. Her older sister has competed at S level in jumping and her great grand mother O-Satina is blood identical to Sandro (Sacramento Song XX x Wahnfried) Note that Sweet Lady II is line bred on Sacramento Song XX and that Wahnfried is some of the most attractive blood to have in a pedigree.

Sweet Lady II herself has produced offspring By Cassini II, 1.35m show jumper sold to Ireland, by Cosmeo 1.30m show jumper sold to the US (Born in Denmark), By Last Man Standing, successful hunter / jumper sold to Pennsylvania, By Clarimo, 5 yo mare highly graded in Danish Warmblood scoring a 8.5 / 9 for free jumping and 8 for canter, currently being developed as a jumper at Tallin Farm, super colt by Mylord Carthago, Sweet Lady II is currently carrying a foal by Halifax Van Het Kluizebos.